Founded in 2014, the Lesedi Primary School has been steadily growing year by year to cater to an increasing number of students and provide the children of the surrounding area with a quality education.

The Lesedi Primary School was started by, Benson Siyawareva (whose wife was a former OAT guide), as a way to give back to his community. Located more than 8 miles from the town of Victoria Falls in Zimbabwe, Ntabayengwe village is situated adjacent to the Zambezi National Park and Jafuta Forest area, where human-wildlife conflict is rife. For many years this community has survived by raising cattle and subsistence farming.

Education opportunities were limited and kids often dropped out of school. Initially, the school comprised no more than a basic preschool structure and playground, built by Benson with mostly scavenged materials. When the preschool opened for registration in January 2014 it was a nervous moment: Only a handful of children turned up, accompanied by some curious and rather skeptical parents. The community expected the school would be “here today, gone tomorrow”.

Fast forward to the present day and mention of Lesedi Primary School creates a buzz of excitement. It is becoming known as a “center of excellence” within this rural area. An underlying sense of despair and lethargy within the community has been replaced by belief and optimism. Confidence is growing, both in the children and the adults. Lesedi Primary School now teaches two Early Childhood Development (ECD) classes and Grades 1-6 to around 250 pupils. Grade 7 will be added in 2021, after which work will start on constructing a secondary school

Grand Circle Foundation began its partnership with the Lesedi Primary School in March, 2018, and has donated almost $60,000 to date. The initial funding provided some of the basics needed in every school, including a supply of both Mathematics & English exercise books, markers, pens, pencils, etc. for all 6 grades at this school. These are books for the children to do all their schoolwork in and this supply provided all books per child and teacher for all subjects for the year. The majority of parents are unable to afford exercise books for their children and the government no longer supplies these. Although families are not always able to pay school fees, no child is denied an education.

In 2017, the government introduced a new primary school curriculum.  However, schools are not provided with the updated materials, and have to pay to receive it—something that Lesedi could not afford to do. GCF provided the required curriculum text books so students can be taught from the updated syllabus and will not be disadvantaged in national examinations.

Due to the poor economic state of Zimbabwe, government teachers often do not receive their monthly salary and are struggling to survive.  As a result, many end up leaving their schools, or even the teaching profession, to pursue a more financially stable job. With a sharp decrease in the number of teachers at schools, the quality of education and this generation of children of will suffer—something that is extremely difficult to reverse. To help combat this issue, GCF provided funding for a teacher’s salary for one year. While not sustainable as an ongoing commitment, this has made a significant difference to the students’ education for 2019 at least, until the economic situation is not so uncertain.

As the school’s enrollment and reputation grow, so too have its needs. GCF committed to building a double classroom for the incoming Grade 6. The construction was done in three phases starting with the slab; the superstructure and the roofing; and then finally, the furniture. And to show their commitment and participation in the school’s success, the local community assisted with general labor during the construction process.

Lesedi looks forward to welcoming back it’s students in its new classrooms, when schools can safely reopen.

Covid and the lack of tourism hit Zimbabwe and the Victoria Falls area particularly hard, where 90% of local income is tourism related.  Thanks to the generosity of our donors, we were able to have ongoing food support programs at several schools that kept vulnerable children fed and safe from malnutrition during lockdown and now that schools reopened we’re keeping them fed with a breakfast program.

Despite the setbacks of Covid, we recently received the following update from CITW, our partner in Zimbabwe.

The new classroom block at Lesedi Primary School is now complete thanks to Grand Circle Foundation. The final materials for the completion of the building were delivered towards the end of 2020. Due to school holidays in December and then a further lockdown in January this year, work on the building was halted several times. However, we are happy to report that it is now complete.

One of the classrooms has also been given a ramp for wheelchair access, making the school more inclusive and ensuring that any students with disabilities are able to navigate themselves around and into the classroom.

The furniture also arrived a few months ago. Forty desks and forty chairs were ordered for the classroom block, completing the building and ensuring that students have adequate furniture for their learning, particularly separate desks due to Covid-19 and the new separation requirements.

One of the classrooms is temporarily being used as a school library. Until this point, the books were stored in boxes in a makeshift storeroom, making it extremely difficult to search for and access the required books. Now that the books are more organised, teachers and students can find what they are looking for more easily.

We would like to thank GCF and OAT for their continued support. Covid-19 and the numerous lockdowns that Zimbabwe went through proved challenging during the duration of this project, but we are so pleased that it is now complete, and that schools are open for 2021. Providing this classroom block is going to make such a difference for the growing school, and the teachers have expressed their sincere gratitude. 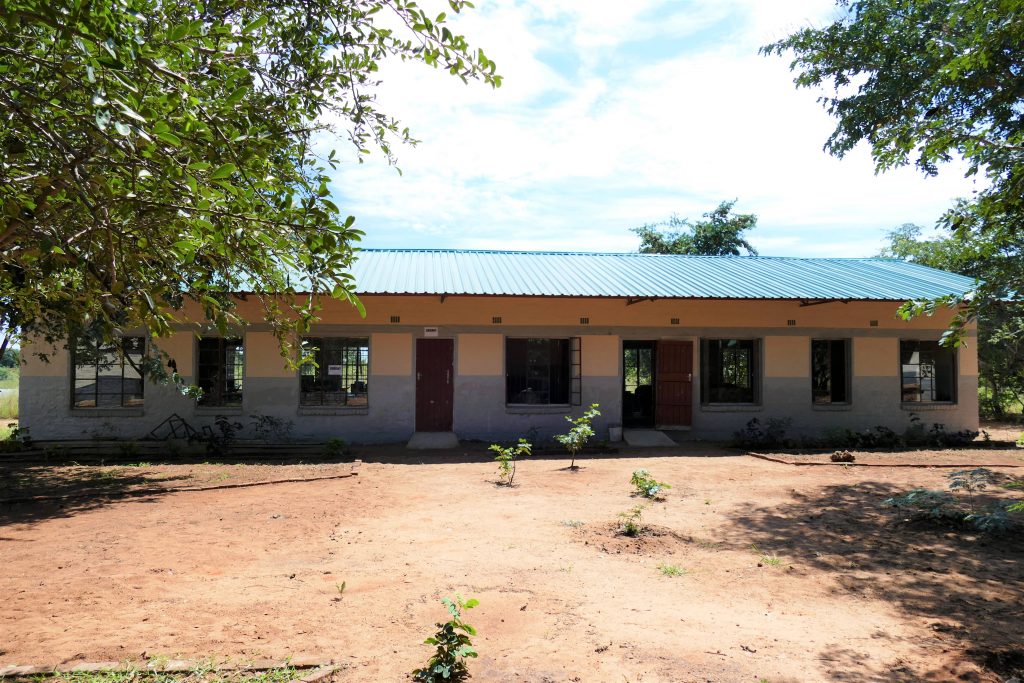