Update on some of our Kenyan scholarship children – Sandra Vaughan

Since 2016, Grand Circle Foundation has funded 121,000 $ to the Kenyan Scholarship Program. Here are some updates on students. Many have finished Form 4 and would like to go to college or University, but do not have the means.

This young man has been sponsored by GCF for over 8 years. From Amboseli Primary he went to Loitokitok Boys and then joined Maseno University Of Kisumu where he studied Bachelor of Education (Science) with IT AND Accountancy. I asked him why 2 courses? He replied I have twice the chance of finding a job! Koromo has graduated from his BED and has 1 year left on his CPA course. Koromo has done all he can to survive and during COVID when we had a month where wires couldn’t arrive in Kenya, he sold his goat, paid his fees, moved out of town 6kms away to a cheaper room and carried on studying without missing a beat. 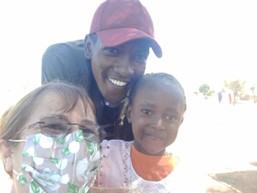 Many of you remember Flora, the young Maasai girl being sold at a market to a 67 year old by her father. What many of you don’t know is I drove to Kenya and made sure her father was jailed for 30 days and her “husband” for 90 days . Flora was sent to a Catholic school and hidden from the community for 6 years and then moved back to Kimana to finish her fourth form exams. Flora has always been interested in cookery and hospitality. By sheer luck Flora is sponsored and consequently we got her enrolled in Kenya’s top hospitality College. This is Floras first year at Utali and she is thriving and doing very well. She’s loving her bartending topics and recently I took Flora out for lunch and asked what her favorite drink was. WITHOUT missing a beat, Flora replied Champagne Mum !!!Sadly we never knew what happened to Floras sister Neema. We rescued her once we heard her Uncle was grooming her but she ran away three times. On her 4th time we stopped looking. She visited last year to show off her baby and then vanished. 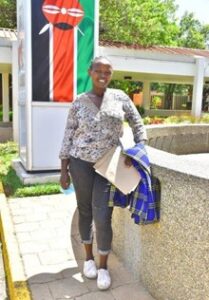 Ester was lucky to have a sponsor for her 4 years in Secondary school. She passed and enrolled in a computer course where she passed with 1 A and 4 B’s. Ester would love to be a nurse and join Kenyatta Nurses Teaching College but due to Finance is unable too. 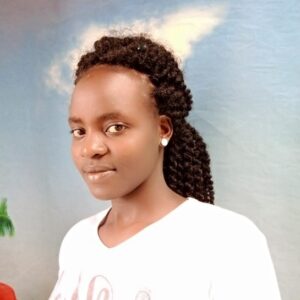 Look at that smile. Jane was privileged to be fully sponsored along with a young Gentleman called Jacob. She sailed through her 4 years of secondary school but due to her home circumstances will not attend college unless she finds a sponsor. She was hoping to study Public Health. She has some part time work in a shop in the meantime.

Emmanuel arrived at school one day having been denied food by his family for 3 days. He collapsed in school. We stepped in immediately and during his last year in Primary we made sure he had lunch every day before he went home. We then funded his next 4 years in OBSS where he thrived. 2 years on, Saitaga is working as food and beverage server at Sentrim Lodge in Amboseli. 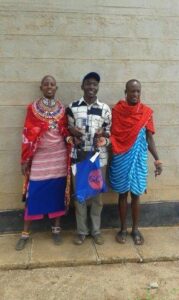 Samunke was also sponsored through GCF. But 2 years into the program due to culture pressures mixed with hormones and entering adulthood as a young Maasai, he left the program. It did not stop him and he took on a job as a watchman, completed his Form 4 education AND then got himself into college. The Foundation stepped in with a stipend in his last year and he graduated from KIP college as a qualified Procurement officer. 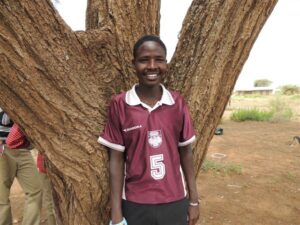 This ray of sunshine is Rachel. GCF has fully supported her for 8 years. She has no father and her mum works occasionally at their local church. Rachel is on the path to being a high flier and all because she received support all the way along. She is studying for a Bachelour of Science in Informatics and Computer Science at Strathmore University. Rachel is in her last year and we are crossing everything that she gets a job without too much hardship. 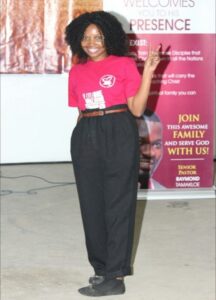 In the 4 years I have known Jacob, he has ALWAYS had a huge grin. And such a polite young gentleman. 4 years ago he gave me a bracelet in the colors of the Kenyan flag. I still wear it and have never removed it. Jacob did very well in his 4 years with one small wobble. After finishing Secondary he has ”hussled” and worked as a casual in various places but mosty in a garage selling fuel at the pumps. He sold his goat and this year enrolled in KCA University and is studying Accountancy. He is enjoying studies, but what he saved will not last forever. Jacob has to have a laptop to continue studying and also needs around 1200$ a year for fees and some assistance to living costs. 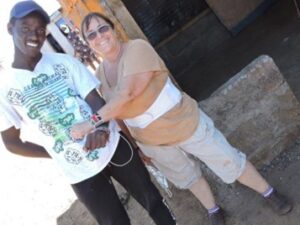 Do you believe in Karma? I treasure the day I met Jane. We were visiting a Maasai Boma and as luck would have it, I had 3 OAT Trip Leaders with me that day. Jane was crying softly whilst gazing across the Boma towards Lemong’o school. She spoke no English and no Swahili so I knew something was up. The TL’s discovered she had never been to school, was approx. 12/15 years old and her only wish was to go to school but sadly was getting married in the morning. !!! Well, not on my watch!!. Between the 4 of us and Chief Joseph we wrestled her away from the Moran, put her in school and never looked back. Jane has struggled. She had to learn her ABC and 1+1 from scratch in class 1…unheard of in a Maasai community. She did it. She completed 8 years of school in 4 years and is now in her first year of Secondary School. Jane is exceptionally lucky as she does have a sponsor, but there are many students who have already been sent home for non payment of fees. 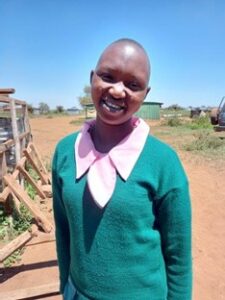 Jackline has finished secondary and is now updating her computer skills. She would like to go to college and study Nutrition.

Solomon was supported for his 4 years at Secondary school. He is now at Lukenya University studying for a diploma in Community Development. Solomon is deeply religious but would prefer to follow a path in community works than that of a pastor. 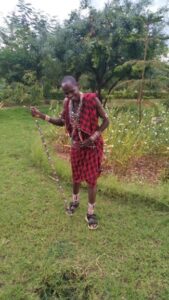 On behalf of every single student that has been sponsored whether by our OAT travelers or through the “Hugh Thurnauer” Memorial fund, Thank You so much. So many lives impacted by getting these students through 4 years at Secondary and then University. So many stories. So many quotes. But a story that sticks out is Toilan. His sponsors funded a dollar a week pocket money for 4 years. What none of us knew is Toilan saved that money and on leaving secondary school, put himself through Computer school. His sponsors Jack and Ann were overwhelmed and promptly brought him a laptop. Toilan has left school, volunteered for many months with Kenya Wild Life, worked as a scribe at the internet café AND has a casual job at the cashier teller in a bank. Toilans quote is “Anything is possible Mum” 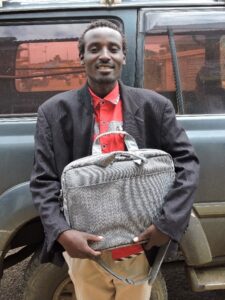